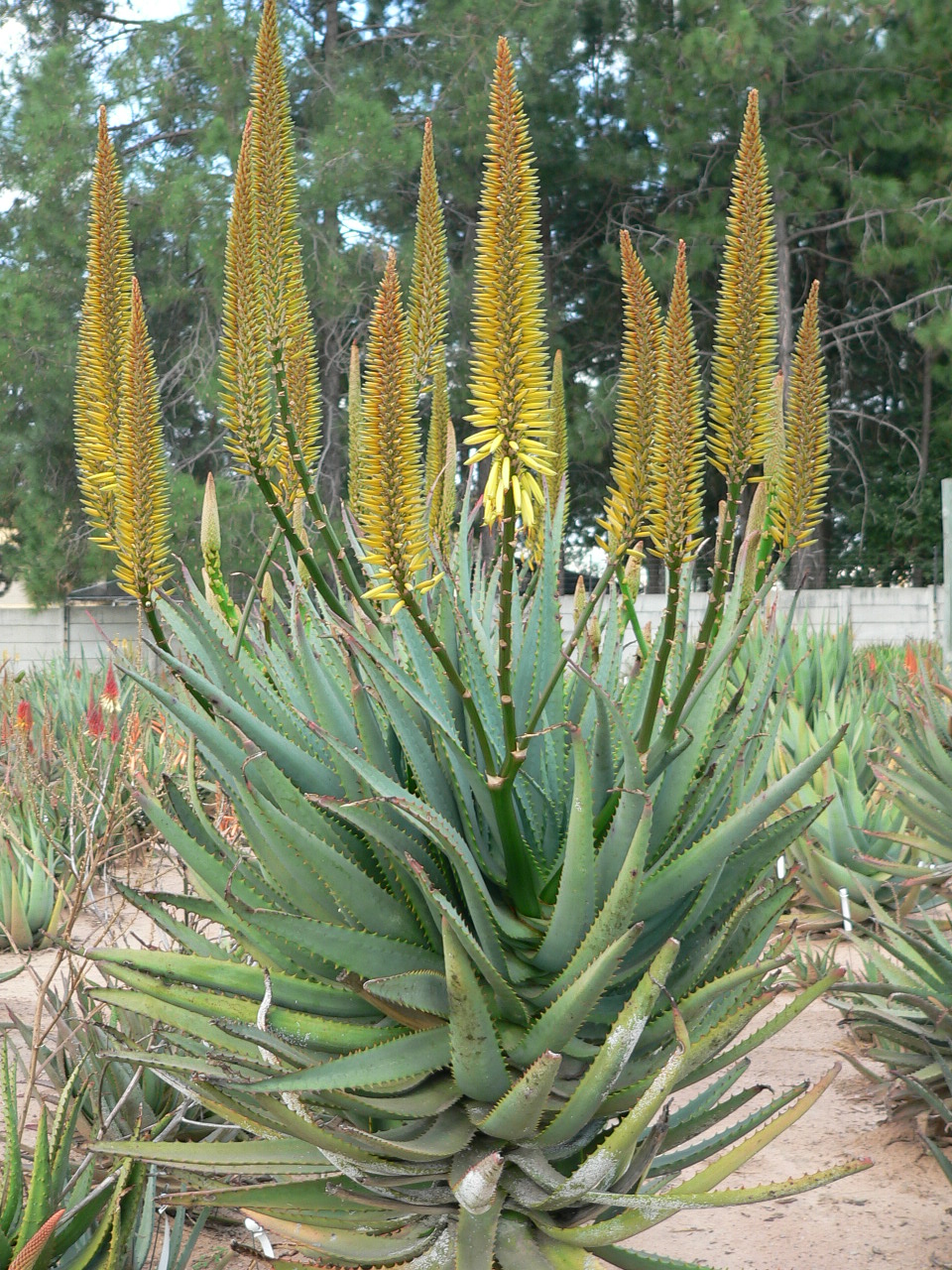 This large aloe is a hybrid of the rare and sought after yellow flowered form of Aloe ferox, some fine examples of which can be seen around Grahamstown in winter. As a result of its genetic make-up it will eventually stand on a tall stem with as many rosettes as the gardener desires. Multiple, branched inflorescences carry the upright yellow racemes that normally open their first flowers in early winter. Measured from ground level the flowers from the plant in the picture stand nearly 2m tall.
The plant itself has a full rosette of narrow leaves lined with prominent spines. It is the tallest aloe with yellow flowers in the Sunbird Aloes range. As the plant approaches maturity it will divide its rosette, thus creating the possibility of having multiple rosettes with many flowers or to have a single stemmed plant (by removing the excess rosettes and/or stem shoots). Because of its eventual height and size ‘Hadar’ should best be planted on the open rockery, where, in combination with a companion like ‘Big Brass’ or ‘Early Orange’, its contrasting colour will emphasise everything around it.