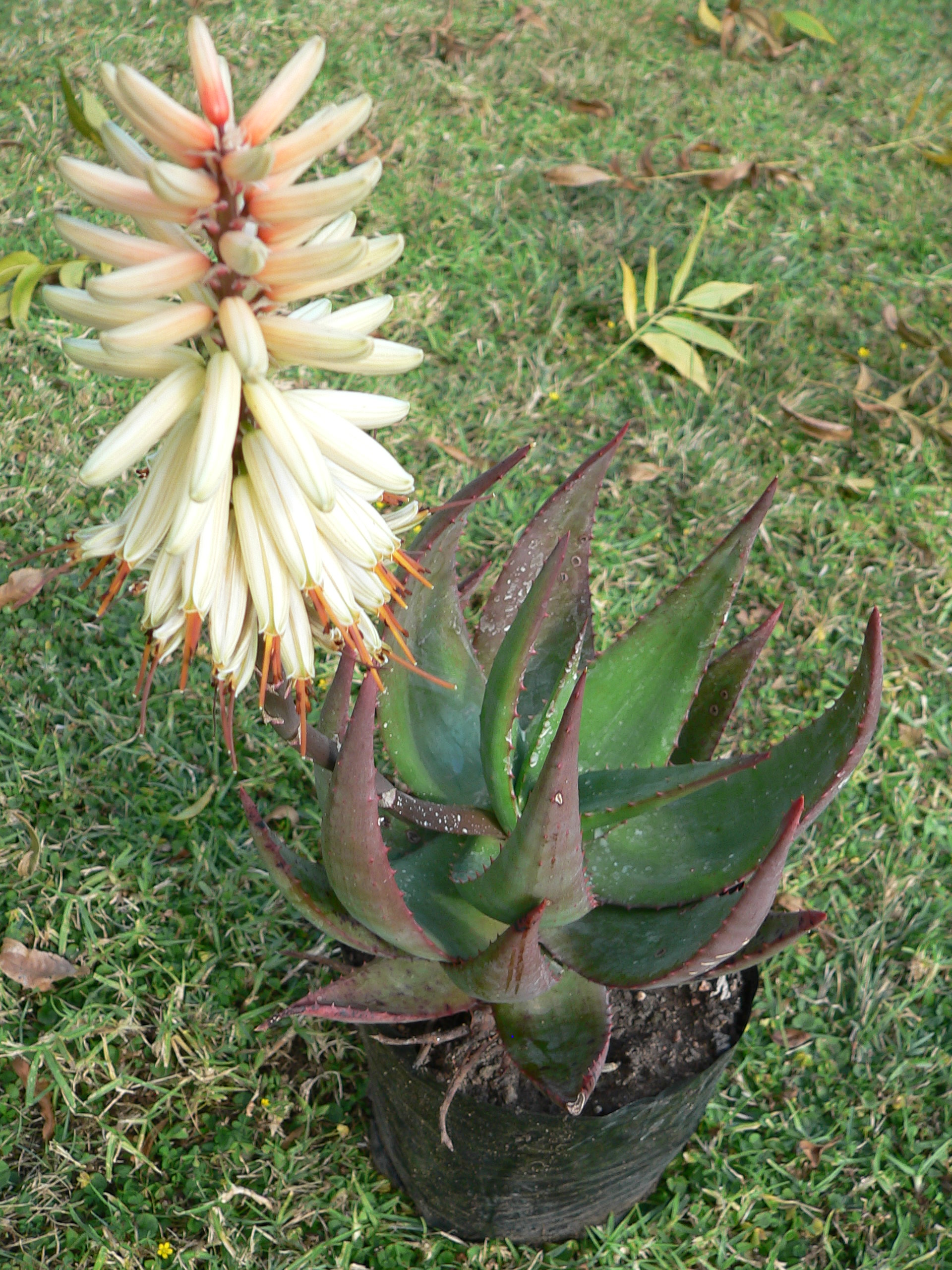 This little aloe with its neat plant and white flower is unique because it looks like a very small white-flowered Aloe ferox. In theory it should be possible to create a miniature of any large aloe species by combining and re-combining the right aloe species in a hybrid formulation. In practice this is extremely difficult to achieve because it would require exactly the right combination of characteristics, something that the breeder has very little control over. So when it does happen it is a happy day indeed. ‘Riversdal’, named after one of the places where the “White Ferox” could still be seen around 40 years ago, produces a single, large, upright, white raceme on an unbranched inflorescence. The buds have a pink base, but the overall impression of the flower is definitely white.
The green leaves are lined with small spines and may have a pinkish colour during the colder time of year when the plant’s water intake and growth rate slows down. ‘Riversdal’ will never produce stem shoots and is unlikely to divide its rosette. It has not been tested in open planting but the sturdiness of the leaves would indicate that this should not be a problem for the plant. It does make a gorgeous pot plant, however. The plant in the picture is in a small, 3,5lit bag.
It should be said that the “White Ferox” of the Southern and Eastern Cape are under threat because of over collection, degradation of the environment and over harvesting of leaves for cosmetic and medicinal use. It is, without a doubt, the rarest colour form of Aloe ferox, with only a few individuals in most populations, and therefore a prime target for collectors. Nowadays there are hardly any to be seen within striking distance of any road.
Uploaded 1 November 2018.