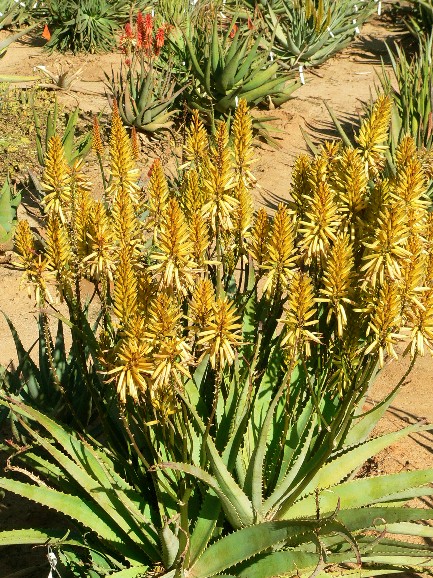 The first inflorescences of this extremely long-flowering aloe cultivar can open as early as January (midsummer in SA) and some of the plants will not be without flowers until the end of winter. During the course of the flower season it is not unusual for “Vroegjaar Geel” to produce up to 9, branched inflorescences. Out-of-season flowers are common in younger plants.

This cultivar’s inflorescences do not always follow a consecutive pattern. It can also surprise the grower with a massive display of simultaneous inflorescences in winter, as pictured in the photo. The flower buds are yellow and the open flowers tend to be a shade or two paler. 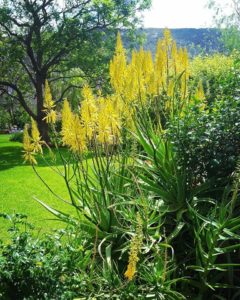